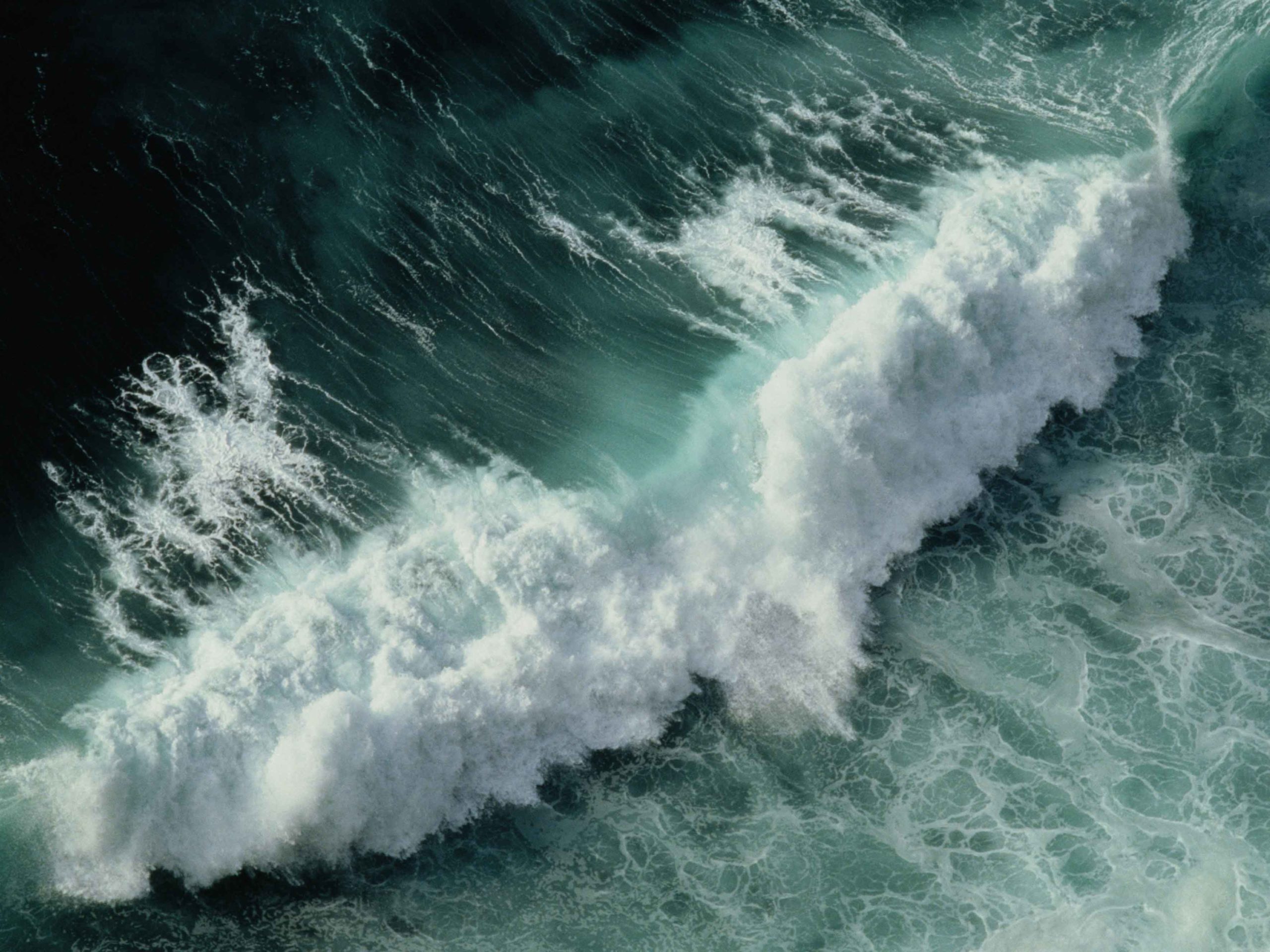 “This’ll be a piece of cake,” you think to yourself as you take a surfboard out for the first time. But after a­bout the tenth wipeout, you begin to see bruises and realize just how unruly and powerful ocean waves are. Indeed, surfing fatalities remind us how aggressive waves can be. But this brawny wave power is exactly what some scientists hope will wean the world off fossil fuels. Take a look at a globe and you’ll quickly notice that dry land is in the minority on this planet. Water, in fact, covers most (about 70 percent) of the Earth’s surface. It’s certainly a tantalizing prospect to think that we could gather usable energy from the natural forces at work on water’s surface.

Wave energy refers to the harnessing of the Herculean power of water waves. Waves hold a gargantuan amount of untapped energy, some of which we can use to power at least a portion of the world’s everyday electricity. Though estimates vary about how much power waves could contribute to the world’s energy consumption, some say it could realistically contribute about 10 percent [source: OEC].

Theoretically, however, this is not even close to the amount of energy ocean waves could provide. Indeed, only about 0.2 percent of the energy in ocean wave energy could power the entire planet [source: Drollette]. Given this knowledge, one might wonder why people aren’t paying more attention to and investing in the development of wave energy.

The tough part is coming up with ways to turn this power into usable energy. In this article, we’ll investigate the different methods engineers have developed for gathering wave energy. But first, it’s important to know just how waves get this energy in the first place.

Wave energy, in one sense, is just another form of solar energy. This might sound odd, but just consider that waves start from wind, which forms as a result of the sun’s heating of the ­Earth. The sun doesn’t ever heat the Earth evenly. Depending on the Earth’s natural formations as well as its orientation to the sun, some spots get heated more than others. As some air gets heated, it becomes less dense, and thus lighter, and naturally floats upward. This leaves an open space for denser, colder air to rush in and take its place. This air rush is the refreshing cool breeze you feel on a sunny day.

Wind is also responsible for our very powerful waves. As wind rushes up along the water, the friction causes ripples. Wind continues to push against these ripples in a snowball effect that eventually creates a large wave. Essentially, this action is a transfer of energy from the sun to the wind to the waves.

Interestingly, waves move energy, not water, far distances. Water works as the medium through which kinetic energy, or energy in motion, passes. The water is moving, of course, but only in a circular motion. In other words, water particles work as rollers in a conveyor belt do — they rotate in order to move the belt on top forward, but they themselves don’t go forward in the process. This is why buoys will rise and fall in a vertical motion with the water.

But if we already have wind turbines to harness wind energy, why use ocean waves? Though they may seem like an unnecessary middleman, waves have a few advantages over wind when it comes to gleaning usable energy. For one thing, ocean waves are dense with energy. In other words, whereas wind might take up a lot of space to contain some energy, waves can collect a great amount of energy and pack it into a small space.

Another advantage is that ocean wave energy is reliable. We can more easily predict which way the waves will be moving than which way the wind will be blowing. Also, wind can start a wave and then on its own, the wave can travel a great distance. Large waves that travel far from their origin are called swell waves. This means that the entire surface of an ocean can collect ocean wave energy, and without us doing any work, the waves come to us, even from very far away.

The idea of harnessing energy from the ocean’s waves was tossed around for a couple hundred years. But it wasn’t until the oil crisis of the 1970s that it started to gain some significant attention [source: CRES]. The concept resurfaces whenever oil prices rise.

So far, engineers have developed and implemented several methods for collecting ocean wave energy. These methods can be implemented on the shoreline, near the shore or offshore. Most devices that are near or offshore are anchored to the sea floor.

Terminator: Wave energy devices oriented perpendicular to the direction of the wave, are known as terminators. These terminators include a stationary component and a component that moves in response to the wave. The “stationary” part could be fixed to the sea floor or shore. It must remain still, in contrast to the movable part. The moving part works kind of like a piston in car — moving up and down. This motion pressurizes air or oil to drive a turbine.

An oscillating water column (OWC) is a terminator. OWCs have two openings — one on the bottom that allows water to enter the column and one narrow passage above to let air in and out. As waves come and fill the column with water, this pressurizes the air inside, which forces the air through the opening above. The air encounters and drives a turbine. Then, as waves pull away, water rushes out, which sucks more air back down through the top, driving the turbine again.