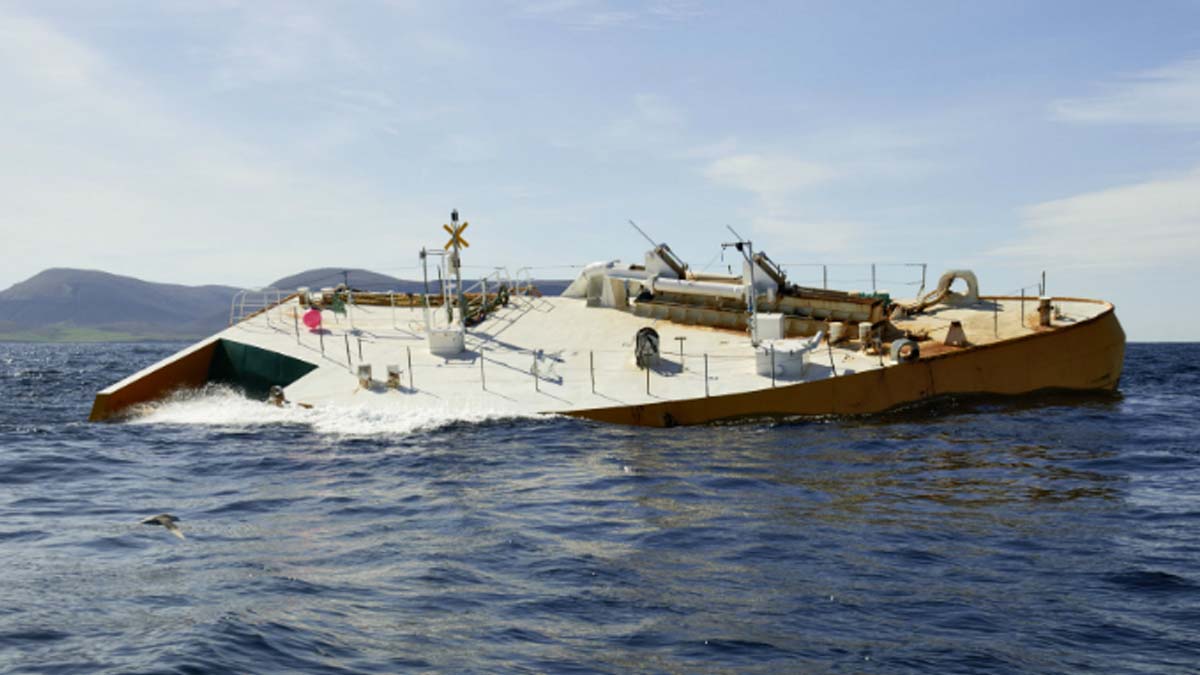 Wave energy is a renewable energy resource created by large storms hundreds of kilometres offshore that generate and transmit huge amounts of energy which travels great distances (via swell) and mixes with local influences (seas) to arrive at our shores. It is a genuinely renewable energy source and distinct from tidal energy.

Wave energy is generally considered to be the most concentrated and least variable form of renewable energy resource . It is the high power density of wave energy that suggests it has the capacity to become the lowest cost renewable energy source.

The World Energy Council has estimated that approximately 2 terawatts (2 million megawatts), about double current world electricity production, could be produced from the oceans via wave power. It is estimated that 1 million gigawatt hours of wave energy hits Australian shores annually and that 25% of the UK’s current power usage could be supplied by harvesting its wave resource.

In 2011, consistent with other industry forecasts, the UK Carbon Trust estimated that the Global Marine Energy sector could be worth US$760 billion by 2050 and could support 68,000 jobs in the British Marine energy sector alone. Industry estimates put annual marine energy revenues at nearly US$100 billion by 2025. CETO is a portable technology and through Carnegie’s 100% ownership of the technology Carnegie has full access to this untapped global market.

Wave energy has significant global potential with the USA, North & South America, Western Europe, Japan, South Africa, Australia and New Zealand among some of the best wave energy sites around the world.

Wave energy flows in the direction of wave propagation and is measured as the amount of power (in kW) contained in each linear metre of wave front. Typically energy above 20kW/m may be suitable for CETO wave farm projects.